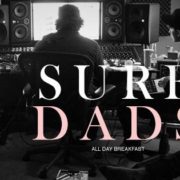 Regina indie rockers Surf Dads delivered some sunshine-y fun with their Summer Vacation EP last year, but they’re looking to serve up some more year-round fare on their debut album. All Day Breakfast is slated to hit the table on April 7.

The album artwork is pictured above, while the full 12-song tracklisting can be found below.

According to a press release, the band’s first LP boasts a sound described as “more akin to West Coast acts than that of the Canadian prairie towns of which they were raised.”

If lead single “Up All Night” is any indication, that means we should be getting more bright, upbeat, pop-leaning garage rock in the months to come. Right now, get the first glimpse into the new record by streaming said song in the player down below. 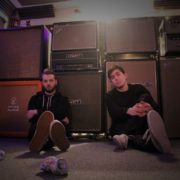 Surf Dads are the latest indie rock duo to hail from Canada. The Regina natives blend elements of emo into their melodic rock to create sound has an edge beyond what one can comprehend two musicians making. Their latest single, “Holly,” is both a poignant rocker and a mission statement. The song is loud and is one of their favorites to date.

“‘Holly’ is one of our favourite songs all around,” Gage McGuire explains. “The chorus riff was written in Winnipeg after we played a show with our good friends Library Voices. The song is about a summer love that stays just that before ending in a cold hearted fashion.”